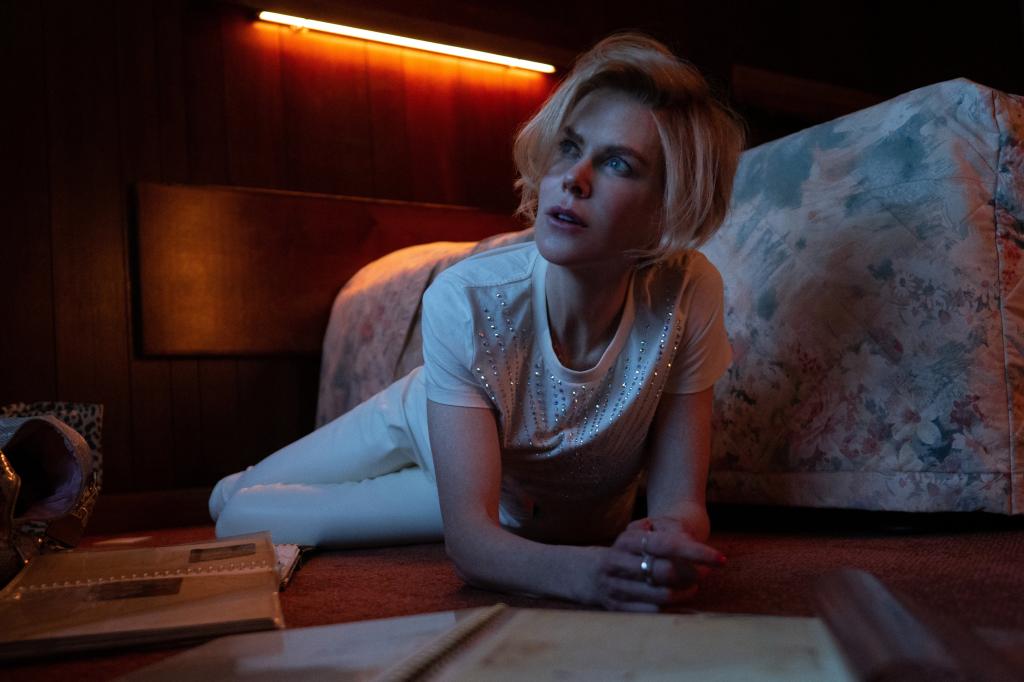 The new Apple TV+ series “Roar” is essentially a star-studded version of “Black Mirror” with a feminist bent.

The anthology series (premiering Friday, April 15) is based on a short story book by Cecelia Ahern and created by Carly Mensch and Liz Flahive (“GLOW”). Each standalone episode features a big name – Nicole Kidman, Issa Rae, Alison Brie, Cynthia Erivo – in various tales ranging from magical realism to psychological horror. The end result is a jumble of thumbnails that aren’t always compelling, but are never boring.

The first episode, “The Woman Who Disappeared,” stars Rae as a woman who wrote a bestselling memoir that became a book club staple. She flew to Hollywood to take meetings about the prospect of adapting it into a film. As her story unfolds and shows her experience as a black woman in Hollywood talking to a group of white male executives, she takes on a science fiction bent and becomes increasingly surreal.

Thankfully, episodes are around 40 minutes or less and tell concise stories without the extra padding that’s all too common among streaming shows. Since this is an anthology, the quality of “Roar” varies from episode to episode. But, a common thread is that the stories start off grippingly, throwing in whimsical and wacky material for the audience to ponder – but then flounder over how to end, often ending with a whimper rather than a bang.

Kidman also serves as an executive producer; in her episode, “The Woman Who Ate Photographs”, she plays a woman who sends her son Todd (Kai Lewins) off to college and feels like he’s at the end of his life as a mother. She is also preparing to move her own sick mother into her house. The episode starts out looking like a domestic drama about a woman dealing with both the past and the future while trying to be the anchor of her family, but then takes a turn towards the bizarre and the magical. His mother has memory problems, and after flipping through a photo album together, the act of “revisiting” memories is transported to a more literal place.

Much like Rae’s episode, Kidman’s segment is compelling, but feels like an idea that hasn’t quite made it past a neat concept. Many episodes feel like “Roar” is asking the audience, “What if this scenario happened?” without following up on much more than a vague answer to this question.

Still, the episodes draw you in quickly, and while many of them turn into what feels like the narrative equivalent of a shrug, most of them don’t end on nihilistic notes. It makes you feel better than the typical punch endings common in other anthology shows, including “Black Mirror.”

And, while “Roar” has a lot on its mind, it doesn’t sound serious, as you’d expect from a show that purports to address “What it means to be a woman today.” The episodes unfold in ironic, almost playful tones. Some of them are also shot through with a sense of impending doom and dread, but even so, none of them feel like the show is lecturing its audience. And, even when the show feels like it’s not quite sure what it wants to say, it’s never boring.

As uneven as “Roar” is, it’s sobering — and it’s a treat to see these famous actresses clearly having fun getting weird.