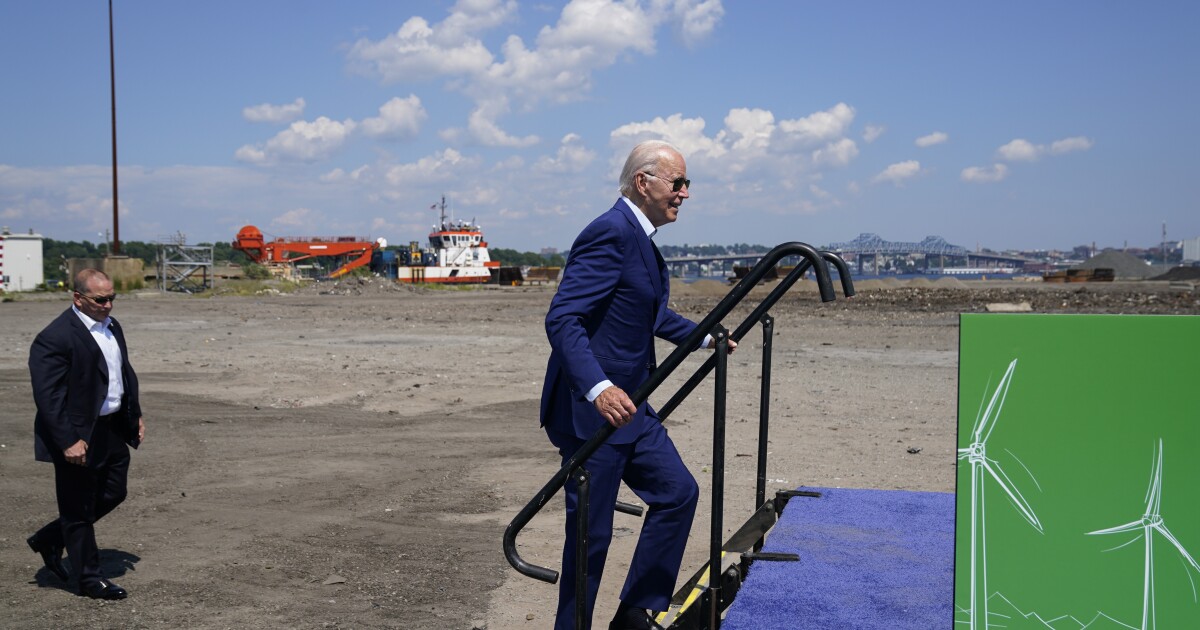 Biden should ask mirror who to blame for failed energy policy

PResident Joe Biden and his allies in Congress were shocked when OPEC+ countries announced they would cut oil production by 2 million barrels a day, starting in November. Some lawmakers are even proposing to punish OPEC by withdrawing all US military resources from the Middle East (conveniently unaware that these deployments are there to protect US interests).

Clearly, Biden and his allies are frustrated that pump prices are rising weeks before the national election. But if anyone deserves to be punished for our energy problems, it’s Biden and his green team, not the governments of the Middle East. Biden has thrown our Middle Eastern partners under the bus since taking office, trying to resuscitate a hopelessly flawed nuclear deal with Iran. It’s a deal that would give our friends’ sworn enemy, Iran, several billion dollars while doing nothing to prevent Tehran from obtaining nuclear weapons.

America’s oil companies and refineries have watched Biden take step after step to destroy their industry to appease the crowd of climate activists. Oh, and while blaming those same producers for fuel shortages and high prices. Biden plays politics with domestic and global energy markets. And average Americans are the collateral damage, stuck with soaring energy and fuel costs.

ABORTION, ECONOMY, TRUMP: HERE’S WHERE DEMOCRATS AND GOP ARE FOCUSING ON MID-TERM MESSAGING

A robust US energy policy could restore stability and accessibility to energy markets. At current rates of use, the country’s recoverable reserves are large enough for at least two centuries of oil supply. In addition, we always find more reserves or improve technology to access oil more efficiently.

There is no scenario in the near future where we will stop needing abundant and affordable sources of gasoline. The US Energy Information Administration sees no prospect of a decline in global oil demand by 2050. 90% of Americans’ transportation needs are met by oil. Electric vehicles — Biden’s vehicle of choice — account for less than 1% of registered vehicles in the United States, and more than a third (39%) of them are concentrated in a single state: California.

Petroleum products are used for much more than transportation. Petroleum is used as a raw material for everything from pharmaceuticals to plastics to clothing. It’s even part of the glasses Rep. Rashida Tlaib wore during a recent congressional hearing as she berated banks for doing business with oil companies. Barking at OPEC will do nothing. If Biden wants to pull America out of the brink of an energy crisis, he needs to take a long look in the mirror — and tear up his own energy agenda.

One of the best ways to dilute the ability of OPEC and other nations to manipulate energy markets is to increase global supply. But the Biden administration, states like California and New York, and too many EU countries have done the exact opposite. Indeed, they continue to pursue policies that impede oil production. For example, even as OPEC cuts production, President Biden’s Interior Department is considering a plan to make OPEC worse: He is seriously considering a plan to ban all new offshore oil and gas leases – which no president did.

Surprisingly, the department admits this will raise energy prices for Americans, but insists that energy production should not be a priority. This narrow energy policy of self-imposed restrictions is costing Americans too much. The United States is blessed with an abundance of energy, and Americans should be free to access it.

There is no doubt that the Biden administration will continue to try to make the OPEC decision an argument for the president to force a transition from conventional energy to renewables. But renewable energy is not a silver bullet. Europe has taken the path that Biden wants to follow over the past three decades and is now suffering greatly from it. There doesn’t have to be an energy crisis. America has plenty of energy out there to tap into, if only our pie-in-the-sky politicians could go.

CLICK HERE TO LEARN MORE ABOUT THE WASHINGTON EXAMINER

James Jay Carafano is vice president of the Heritage Foundation, head of research for the think tank on national security and foreign relations issues. Katie Tubb is a researcher at the Center for Energy, Climate and Heritage Environment.