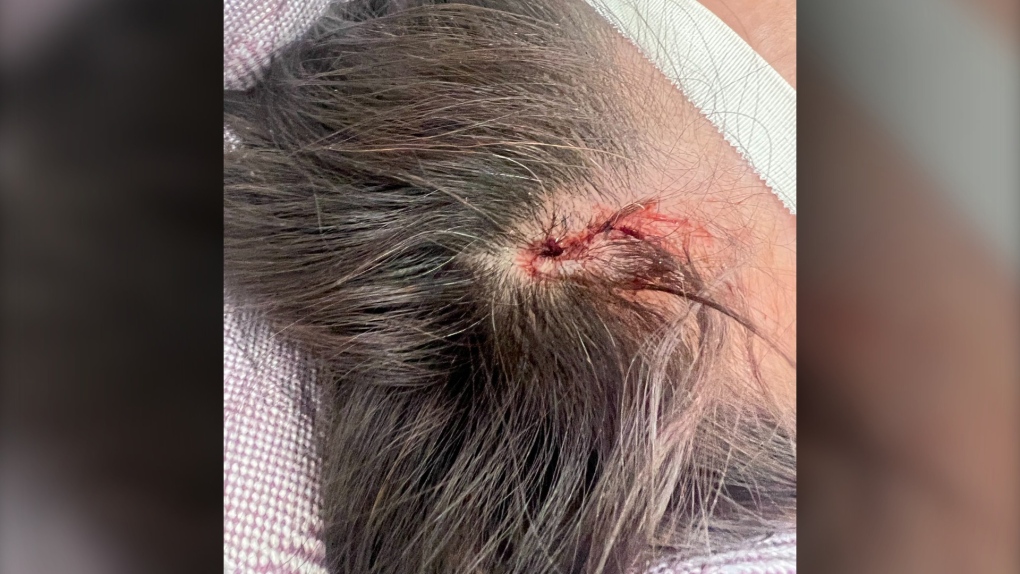 A woman from China suffered more than a goose egg on a recent trip to Calgary’s Chinook Center when a large mirror smashed into her head in a store.

The 64-year-old was in Calgary to visit her adult daughter, a permanent resident of Canada, when the two family members visited the Canada Goose store on February 10.

Inside the store, a dressing room mirror flipped over and landed on the mother and daughter. According to medical documents, the mirror weighed about 90 kilograms (200 pounds) and the girl told CTV News it was about 2.5 meters (8 feet) long.

EMS officials confirm the woman in her 60s was transported to Foothills Medical Center with traumatic injuries.

Paramedics remove the woman who was struck by a mirror from the location of the Canada Goose Chinook Center on February 10. (image provided with filter)

According to a Canada Goose spokesperson, the store was temporarily closed following the incident until it was determined it was safe to reopen.

“The health and safety of our customers and employees is a top priority for Canada Goose,” read the statement sent to CTV News on Feb. 15. “On February 10, an incident occurred at our Calgary store. Emergency services were immediately called and attended to the situation and the store was closed pending an internal investigation.

Canada Goose has not indicated what caused the mirror to fall off.

The company says it will pay all medical costs for the victim because, being a visitor to the country, she is not covered by provincial health care and has offered financial compensation and additional goods. Canada Goose says it has been “in constant contact with the customer since the situation arose.”

The injured woman’s daughter says she did not accept the company’s initial offer as healing is ongoing and further treatment may be needed.