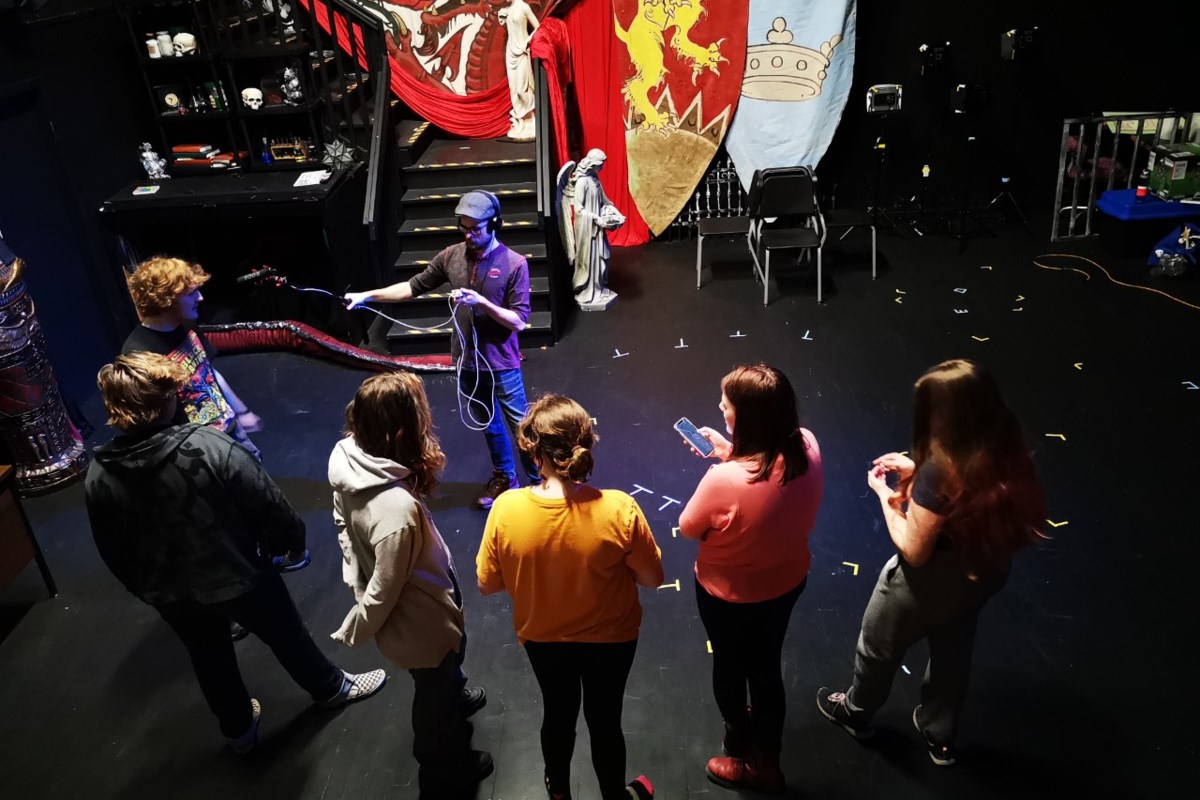 Debbie Longley, professor of musical theater at DCSS, wrote and directed the film.

Lights, cameras, action – Dawson Creek High School musical students roll out the red carpet for the premiere of ‘The Real Superheroes,’ a musical film about a group of goofy heroes taking down the famous ‘Evil Guy.’

Debbie Longley, a music theater teacher at DCSS, wrote and directed the film, a project created with her students during the COVID-19 pandemic. She says the film is reminiscent of films and shows like ‘Mystery Men’ or ‘Dr. Horrible’s Sing-a-Long Blog’ – superheroes with unusual and ridiculous powers.

“It’s based on an improv game I used to play when I was in high school, ‘Stupid Heroes’. You would walk into the circle and introduce your silly superhero, like Napkin Man, who can clean things up,” Longley said “So I worked on these kinds of ideas with my students in 2017 and we came up with a bunch of silly superheroes.”

“It’s all part of the genre that sets up the tropes in superhero movies,” she added.

Originally conceived as a play, Longley said audiences couldn’t gather for live performances due to the pandemic, so he switched to film for a possible virtual release.

The students filmed the film on the streets of Mile Zero, transforming Dawson Creek into “Colossal City,” the fictional setting and backdrop of the story. The joke being that the actual town is actually just a small town in northern British Columbia.

“It’s a little joke about our little town and how it’s not huge at all. We had fun, we closed the street at the Mile Zero post and renamed the sign to say ‘Colossal City Highway’ and things like that,” Longley said.

After teaching for 21 years in Dawson Creek, Longley said MacWood Productions helped put the film together, a local film company started by his former students, Grady MacTavish and Ryan Leawood.

“It’s great to have this rapport, and we kind of have the same sense of humor, so we had a great time working together,” Longley said. “It’s a tradition in our program for alumni to come back and give back to the community and the musical theater class.”

She added that it was very rewarding to see her students continue their education after graduation and she loved seeing them come back to teach the next class.

“All of these connections that I’ve made, all of these students will go out and learn things, they’ll come back to teach. It’s really a great way to enrich our program and bring in experts who love what we do to teach us. new things,” said Longley, who brought back students to teach dance, makeup, and more.

Anyone who wants to catch the red carpet event can check it out Friday at Unchagah Hall. For more details, you can consult the DCSS page on social networks.

Have a story or an opinion? Email Tom at [email protected]