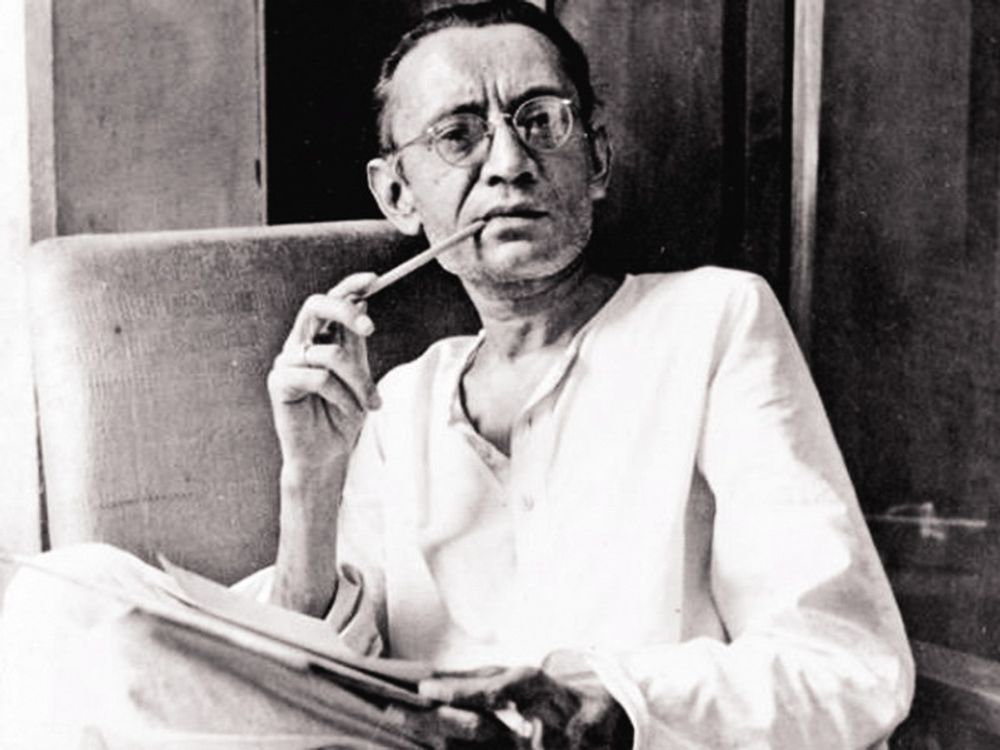 An Eid weekend visit to the cinema in Lahore prompts Raza Naeem to remember Saadat Hasan Manto’s 110th birthday with an original translation of his little-known but prescient 1948 essay, “Pakistan ke Film”.

Translated from Urdu by Raza Naeem

Also imagining pure Pakistani films is like a man becoming carefree with thirst just before digging a well. There is no doubt that a year has passed since the establishment of Pakistan. But in that time a film institution has not been built on which we can inscribe a Pakistani cachet.

There was a distance between religions, but the distance was not so great in everyday life, and movies are very much associated with everyday life. Therefore, no matter how many films were made, almost every one of them had something of interest to people of all faiths and nations.

Such films were also prepared with a commercial view that everyone could see and this point of view would remain established for a very long time. The partition took place. Population exchange also took place. But here and there, that view of the filmmakers hasn’t changed, and how can it change, when it comes to winning.

Before partition, the market for Indian films was India alone; or India and Afghanistan or the small markets of East Africa. On the contrary, the field of American and English films was very wide and still is, that is to say the whole world – this is the reason why Indian films could not flourish well.

Today, the film industry has become even weaker after being divided, here and there, on both sides. All came from Pakistan in small quantity. The film industry here is almost nothing, and its future is not so bright.

There were very few studios in Lahore, all three or four. One of them was razed during the riots. There is only one left, (by) Mr Pancholi, in which Muslim filmmakers work. It has two stages. But the furniture they contain is not good. Either way, filmmakers here are spilling the same, making movies crying bitterly.

Although it can be said that when conditions improve – those same filmmakers who are now making inappropriate films will rise up; they will strengthen the falling walls of the Pakistani film industry, but when a person hears the speeches of these malviswho want to enforce their so-called Shariathen the future of art becomes totally dark.

In the past few days, an elderly man used to carry these big scissors with him and said that if I saw a Muslim woman unveiled, I would cut her braid. Now, if two or three more hairdressing greats are born, then pray for what will remain in the movies? The actresses will also have to work there while wearing a burqa.

Considering this and bringing the picture of the effect of the so-called Sharia Before our eyes, the future of music also darkens. If god forbid the wrong kind of priesthood starts to rule then the art of music that muslims breathed life into will totally die out here and if it does die out then the question of making movies will not really arise.

This is the dark side of the picture. A look at the bright side isn’t so encouraging either. The life of films is its story. Think about the type of stories that will be filmed here; the subjects are very innumerable here, but who will write about them. There are many obstacles associated with each subject.

Write something on the veil and present something on the cinema screen; you yourself can think of his reaction. Divorce is such a good subject but we are unable to prepare a bold film on it and even if they make a film carefully, then there will be a fear that bad education will spread among people.

Over there in India, there are no obstacles in the way of the filmmakers like there are in the way of the filmmakers here that will appear at every step. These people are going to make films the same way they always have because the majority of films are about Hindu society. Muslim filmmakers also generally made films in the same way and it had also become their habit. But now, what type of films are they going to make in Pakistan? It is such a question that no one yet knows the answer, so nowadays a clear program is not in anyone’s sight. someone does Heer Ranjhasomebody Jihadand someone Teri Yaad (Your Memory), which talks a lot about Hindu society.

Jihad, as is obvious, a film like this will be made and will only work in Pakistan. The distributors over there won’t even touch it. Teri Yaad can go there from Wagah and Heer Ranjha also, since the score cannot affect these lovers much.

Maybe Jihad could work, but then the business domain is not so vast, since the whole India will be cut off from its business circle and if God forbid, then understand that a director will suffer a great loss.

There is no clear program in front of the filmmakers here since the government has also not been able to assign itself a clear program for the moment. But filmmakers have to think about their own profits and losses. Since government patronage was not their lot before and neither will be now.

The government is not considering movies probably because there are countless other complex issues that need to be resolved first. Moreover, the status of this industry is also not so high in the eyes of the government. He will impose a tax but will think nothing of improving it. So it’s obvious that filmmakers need to sit down together to find a path for their success and that of their industry.

There are also many paths to find the way. One is the same as whatever happens, let it happen; whatever is built, let it be built. People will decide for themselves and say which way is wrong, which way is right, but this way too is expensive. Experiences look good just when there is prosperity, but here the matter is totally opposite. If two or three films fail in succession, the whole industry will suddenly disappear.

There is also another way and that is that only Mughal films are made but for them unlimited wealth is required which our film makers do not have at the moment. Suppose someone so bravely makes a movie, then what about this innovation that had started in Mughal movies with pucca? This means that the filmmaker, by some degree of constraint, will have to shuffle the story to stuff the Rajput characters in competition with the Mughals so that the others are also happy.

There are other ways too, but all thorny ones. Films will continue to be shot there. Here, the deliberation will continue. I’m not saying this in mockery. The conditions are much worse. Here there is the fight in Kashmir. There, the challenge of Hyderabad is present. Sometimes the water in the canal is cut off; sometimes it is repeated.

Now see, if you happen to visit there, get a permit; and see now that Wagah’s trade is closed – what capitalist will open his coffer to put money into the cinema in this state of deceit and confusion?

Although there are hesitations on all sides. But he intensely conquered the world of cinema. Should we build a studio or not? and if we do, then what is the place that will be safe in case of war between the two dominions?

Those who are considering making an Islamic film, I think, also think that they can now show an actress reciting the Holy Quran or offering prayer or not; and so far many film producers have been unable to decide whether to work here or there.

We cannot say today which films will be shot in Pakistan. What will happen tomorrow, no predictions about this can be made either; and what is pure Pakistani films in our imagination is a very distant thing.

However, the very few film institutions that we have are struggling hard and this effort on their part is commendable; since they shoot arrows in total darkness. If smart people guide them and government neglect is somewhat reduced, then I think the conditions can be promising and the dying film industry can recover.