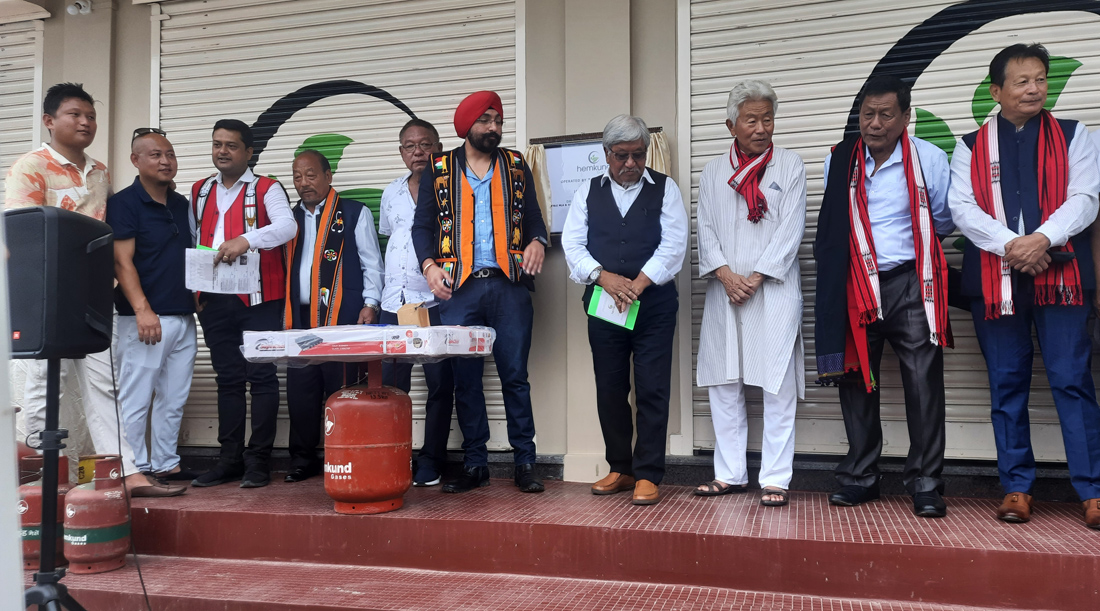 Our correspondent
Kohima, Sep 10 (EMN): Nagaland has become the first state in the North East to open a Hemkund Gases store/office in Kohima, which was launched on Saturday with M/S TZZ Gas Agency as its distributor.

Urban Development and Municipal Affairs Councilor Dr. Neikiesalie Kire inaugurated the store, after which the agency presented him with the first gas card, a stove and a canister.

Kire praised the agency for venturing into the business, saying young entrepreneurs should start “something new” instead of doing things everyone else does.

He advised them to be humble, respect themselves, and be kind to their customers.

“Work with sincerity and devotion and let the business grow to the fullest,” he said while advising them to trust in the “Lord” to make things work out.

Located in Daklane settlement, the store is expected to start operating from Monday, September 12 and it will be operated by M/S TZZ Gas Agency, an acronym of the three owners, namely Thujove Tunyi, Zhovito Puro and Zajamo Kikon. .

Hemkund Gases Director Rishi Bagga said the company has officially opened its first NE store in Kohima, Nagaland. This will be followed by Tseminyu and Phek, he said, adding that they plan to cover all major districts in the state by September.

The company has also started operating in Assam and Arunachal Pradesh, he said.

While assuring that the company will provide all the necessary materials, he said that they will take care of the transport and penetrate their service throughout Nagaland.

Earlier in August, Nagaland’s first LPG bottling plant, also set up by Hemkund Gases in Virazuma village in Chumoukedima, was inaugurated by the State Minister for Petroleum and Natural Gas, Labor and Employment, Rameshwar Teli.