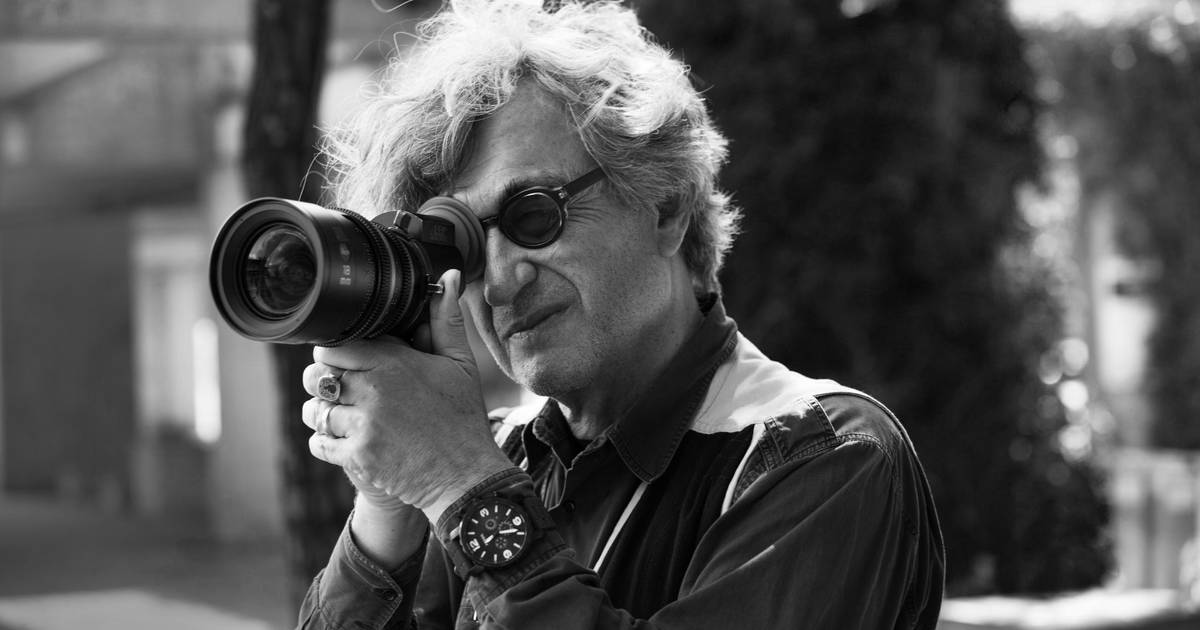 Looking back in the rearview mirror – The Irish Times

Wim Wenders first landed in New York in 1972 as the hot new director of The Goalkeeper’s Fear of the Penalty, an existential drama in which a hard-bound goalkeeper kills a box office cashier. Two years later, the filmmaker ventured west, to North Carolina, for the filming of Alice in the Cities. In this film, Rüdiger Vogler plays a German journalist on the road in the United States. Along the way, he picks up Polaroids, loses his job, and meets the title’s nine-year-old orphan. The obituaries of Chuck Berry and John Ford enliven his subsequent journey through West Germany. It was the start of a beautiful friendship – Wenders and Americana – and it established a key notion in its midst: the idea that America’s allure and romance is entirely made in Europe.

“It was,” Wenders said. “However, I must speak in the past tense. Nowadays, this notion has disappeared. The American dream was dreamed of and nurtured by those millions of Irish, Italians, Poles, Germans, Swedes and everyone else who saw America as the promised land. And indeed, for some of them, that dream came true when they got there. Cinema has powerfully and effectively nurtured this dream. But that’s the whole story now. This was still true for the young German who had grown up in American culture in a colonized country that had little faith in its own roots, values ​​or histories. My first films dealt with this idealized America. The ideas and notions that made up America all came from immigrants who could finally build the society they could not form in old Europe. These ideas, to this day, have been abused and largely turned into their opposites.

Vogler was the first of many wanderers on many voyages. Wandering in the desert is as central to Wenders’ work as it is to the New Testament. Or perhaps more specifically, Goethe’s Wilhelm Meister books.

“The hopeless German romantic that I confess to being had a huge fascination with vagabonds,” explains the director. “There’s a whole genre of 19th century German novels about these characters and their desire to see what’s behind the horizon. I wanted to be on the road as soon as I could, already as a child. And I became filmmaker by discovering a genre, on his own, which seemed made for a wanderer like me: the road movie.

The director’s 1970s Road Movie trilogy was followed by his Palme d’Or, Paris, Texas, in which a disheveled Harry Dean Stanton reunites with his family and searches for the beautiful young wife (Nastassja Kinski), whom he had abandoned years before. It is considered by many, including critic Guy Lodge and the late Roger Ebert, to be Wenders’ masterpiece.

“I had gone to America and Hollywood to do something good, I dreamed of the great American film I could make there,” Wenders recalled. ” This does not happen. I had to painfully realize that I was not an American director, but a European director, with a German soul. In those six years I was there, I made a studio film for American Zoetrope, Hammett, which didn’t look like my dream, I made a documentary with Nicholas Ray, and I made a rather radical European auteur film, The State of Things.

“All three had their merits and marked the most important learning period of my life as a director, but none of them was the movie I planned to make in America. I wasn’t going to not stay in America, I knew it. I had exorcised that American dream. I wanted to work and live again where I belonged, that is to say in my own country, Germany. And then I I did Paris, Texas, but not like an American film, but like a European film about America. And all of a sudden, I had found my own groove. A road movie, shot without too much of a script, in the chronological order, with my own team and the people who hadn’t been able to work on the other films: Robby Müller as DoP [director of photography], Ry Cooder as a composer and Sam Shepard as a writer. So I felt like a fish in water. I finally made a film on my own ground. That’s why Paris, Texas meant so much to me.

Akira Kurosawa listed Paris, Texas among his 100 favorite movies. Le Monde published its 1984 review on the front page. It remains hugely impactful as a viewing experience and a string of happy memories for its filmmaker.

“I loved shooting the very beginning, deep in the wildest west, the Big Bend along the border with Mexico. We shot in the most remote places you could imagine, in landscapes empty and small towns lost in the middle of nowhere. And the ending scenes with Harry Dean Stanton and Nastassja Kinski in the peep show were amazing and a great joy and discovery to shoot. They were written at the last minute for this place by Sam Shepard, at its best, and shot by Robby Müller at its best, with two actors, Harry Dean and Nastassja, at their best, and the music of Ry Cooder at its best. I was a very happy man to shoot the film. I felt like I was working with great people, in great freedom, in the great outdoors of the West. Sometimes during filming, especially at the end of the peep show, I knew we were touching to something that would also affect others people.

This weekend, the German maverick’s unequaled angelic drama, Wings of Desire, is re-released in cinemas, heralding a major Wenders retrospective. Alice in the Cities, King of the Road and Paris, Texas are among the works featured. This is not Wenders’ first retrospective: the Museum of Modern Art in New York, to name just one institution, has curated over 20 features and numerous shorts for its 2015 Wenders program. I wonder what that he acquired in his own work on such occasions?

“It’s an interesting question,” he said. “A film as such remains the same. Even if – as in this case – the films that will be shown have been digitally restored in 4K, with meticulous care. But does a movie really stay the same? Audiences are changing, their viewing habits are changing, the whole surrounding film culture is changing drastically. My films are very open systems. They leave a lot of space and air for the viewer to project themselves into. In a novel, you can read between the lines, even more so in a poem. I’m sure my movies leave a lot of space between frames, so to speak, more than most. Not that I want to boast, it’s just a matter of approach. I loved films in the history of cinema that were such open systems, and I like being able to dream about them, even get lost in them. It is a privilege.

“Such openness makes films more vulnerable, obviously. They can more easily be misunderstood, but even more so they can become quite invisible to people who are not used to seeing films to which they have to add something in their head, or better, that they have to complete themselves by reading between the lines. . A retrospective is therefore a very important process for me. It’s a bit like an inspection. Is the film still readable by a contemporary audience? What do they see and what escapes them? I attend these screenings and I try to follow the film that the public is seeing. Sometimes it’s a brand new film that I discover in front of me. Do I learn anything from it? Oh yes. I can see exactly where I didn’t leave enough space between the lines. Where I was following the plot instead of the story. Where I tried too hard to make a point. Where I didn’t trust the audience enough to fill the spaces. Air is a big thing in storytelling. And in music. I guess in life in general.

Born in Düsseldorf, Wenders initially hoped to become a Catholic priest. He followed in the footsteps of his surgeon father, studying medicine for a year before switching to philosophy. When he fails at the national film school, he becomes an engraver in the studio of Johnny Friedlaender and a passionate film buff. In the early 1970s, he appeared alongside Fassbinder, Herzog and Schlondorff as one of the architects of the new German cinema movement.

“We were friends, not competitors,” Wenders says. “None of us were in a position to make movies, because the existing industry, or what was left of it, wanted nothing to do with us. So we had to start from scratch: first we had to learn to produce, then to distribute, then to get our films across borders. All of this was done in an incredible act of solidarity. Together, in our company Filmverlag der Autoren, we could be our own producers, because we were supported by each other, by 15 other filmmakers. Any success for one of us was a success for all of us.

“I was friends with Rainer Werner Fassbinder, Werner Schröter or Werner Herzog. And with Herzog, we always are. Our advantage was that no one touched the territory of others. We all had our own cinematic history, our own approach, our own language. This situation is very lucky and you only get it in situations like ours when you are forced to make a radical new start.

In an extraordinary career spanning roughly five decades, Wenders has collaborated with directors Samuel Fuller, Nicholas Ray, Claire Denis, Pope Francis (Wenders directed the 2018 documentary, Pope Francis: A Man of His Word ) and U2. After directing videos for Stay and The Ground Beneath Her Feet, Wenders directed The Million Dollar Hotel, a 2000 drama based on a story by Bono.

“It’s a rare case of German luck, so to speak. I met the guys when they were recording Achtung Baby in Berlin. We had the same favorite restaurant. We said hello, one thing leading to another, they asked me to make a video for them, which we did one rainy night on the roof of my building. Then they wrote a song for the movie I was editing, Until the end of the world. It was only the beginning. We have definitely become good friends over the years. And it is a precious treasure that my wife and I truly cherish. We write to each other quite often. Bono has been there for me many times, as friends do. And I hope it happened the other way around as well. I love their music and listen to it often. I love their lyrics and I know a lot of them by heart. Above all, I love how they stick together as a band and how they stand up for what they believe in.

The Wim Wenders retrospective is at the IFI from June 24