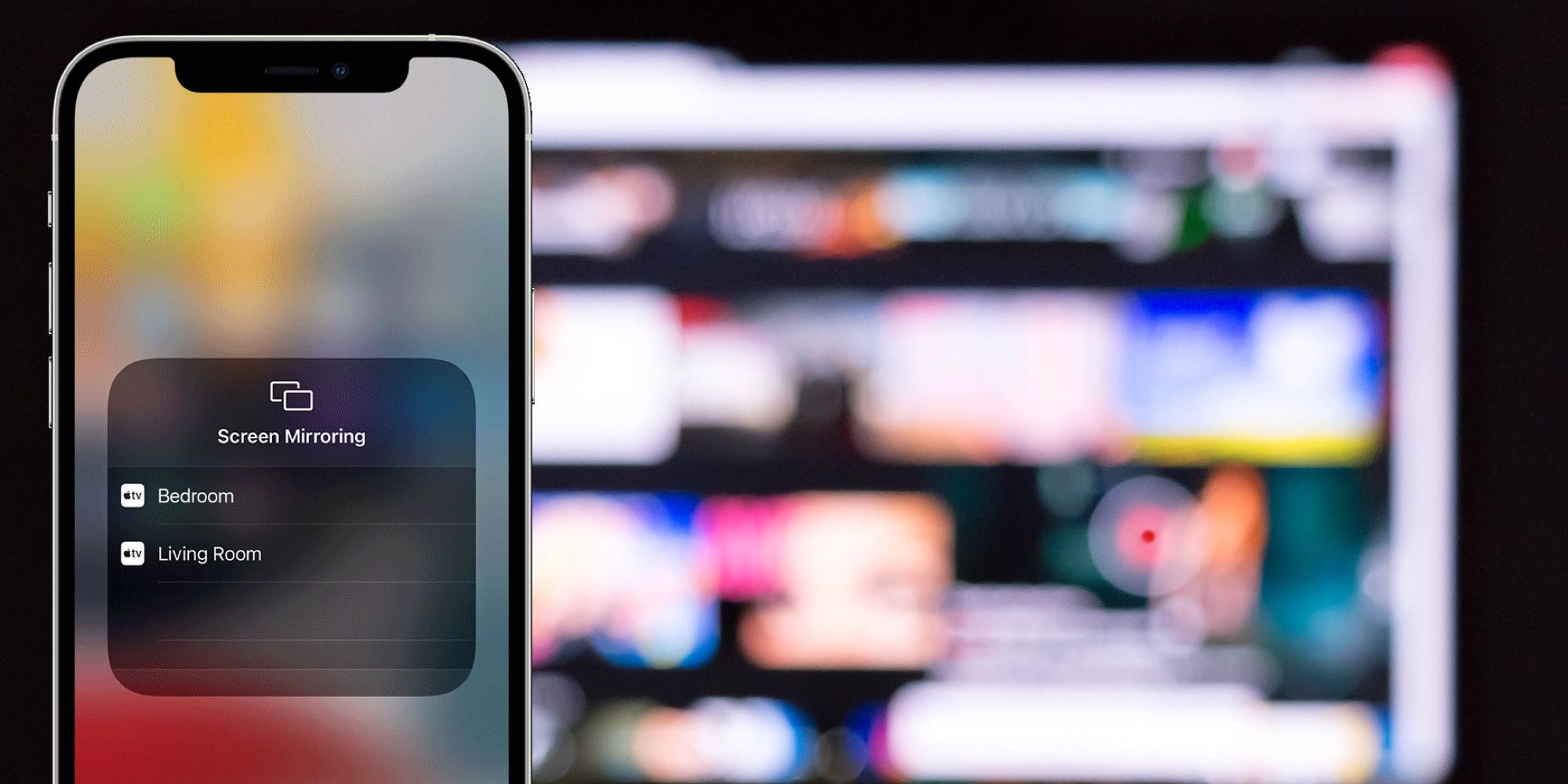 Mirror Your iPhone Screen to a TV with AirPlay: Here’s How

Apple allows iPhone users to mirror their phone screen to a TV using Apple TV or an AirPlay-enabled smart TV. Here’s how to set it up.

iPhone users who want to mirror their screen to a TV can use the built-in AirPlay feature, provided they have a compatible TV or streaming device. AirPlay is Apple’s proprietary technology that allows users to stream photos, audio, and video, as well as mirror their iPhone display to other devices. AirPlay streams content over Wi-Fi and is similar to Google’s Chromecast. However, while AirPlay is very limited in terms of supported devices, Chromecast works on all platforms and even supports apps such as Netflix, YouTube, and Hulu.

AirPlay works on Apple TV devices and allows iPhone users to stream 4K HDR video at 60 frames per second to Apple TV 4K. AirPlay is also available on select TVs from brands like LG, Philips, Samsung, Sony, and Vizio, to name a few. It is also supported on Roku streaming devices and Roku TVs. These AirPlay-enabled TVs support most features, including screen mirroring, media streaming, and even music syncing with other nearby AirPlay-enabled speakers.

To mirror an iPhone (or iPad) to a TV, users must first ensure that both devices are connected to the same Wi-Fi network. They will also need to ensure that they have a Apple TV or a compatible Smart TV for mirroring to work. After that, open Control center by swiping down from the upper right corner of the screen. Tap the screen mirror button (two overlapping rectangles). From the list that appears, select the compatible Apple TV or smart TV. A password may appear on the TV screen. Enter it on the iPhone and press OK. The screen will now be mirrored to the TV. To stop iPhone screen mirroring, open Control center and click on the screen mirror button again. Press on Stop mirroring to end the session.

Cast Video from iPhone to TV

While mirroring an iPhone screen has its advantages, it also broadcasts everything on the phone to everyone in the room. This means that text messages or private photos may also be displayed accidentally while mirroring. If a user wants to share a particular photo or video from their iPhone to a TV, there is also an option to use AirPlay just for that. In the Photos app on an iPhone, tap a photo or video, then tap the share button to view sharing options. Scroll up and click Airplay. Select the compatible TV from the list. Enter the password displayed on the TV to start streaming. To stop streaming, click the AirPlay icon at the top of the iPhone screen and tap Disable AirPlay. Besides Photos, some third-party apps also support AirPlay streaming, including TED, Vevo HD, Discovery Channel HD, and PBS, to name a few.

For iPhone users who want to mirror their screen but don’t have Apple TV or an AirPlay-enabled smart TV, the best option is to use an AV adapter and HDMI cable. Apple sells the Lightning Digital AV Adapter for $49 on its website. Users will need to connect the Lightning connector to the end of their iPhone and plug an HDMI cable into the adapter. The other end of the HDMI cable will need to be connected to the TV. If the TV is on, the iPhone screen should be mirrored. The digital AV adapter sold by Apple also has a Lightning port, which can be used to charge the iPhone while mirroring the screen.

Next: How to Shorten or Trim Video on iPhone

Ketaki is a Technical Editor for Screen Rant based in Bangalore, India. She has been writing about technology since 2009 and has worked for major print and digital media publications over the years. She loves smartphones, smart home devices, and wearables, and is always ready to test out the latest gadget or app. When she’s not working, you’ll likely find her reading fantasy fiction on her Kindle.

2022-03-17
Previous Post: US expels another Chinese phone operator over security concerns
Next Post: Wall Street futures fall after oil climbs back above $100