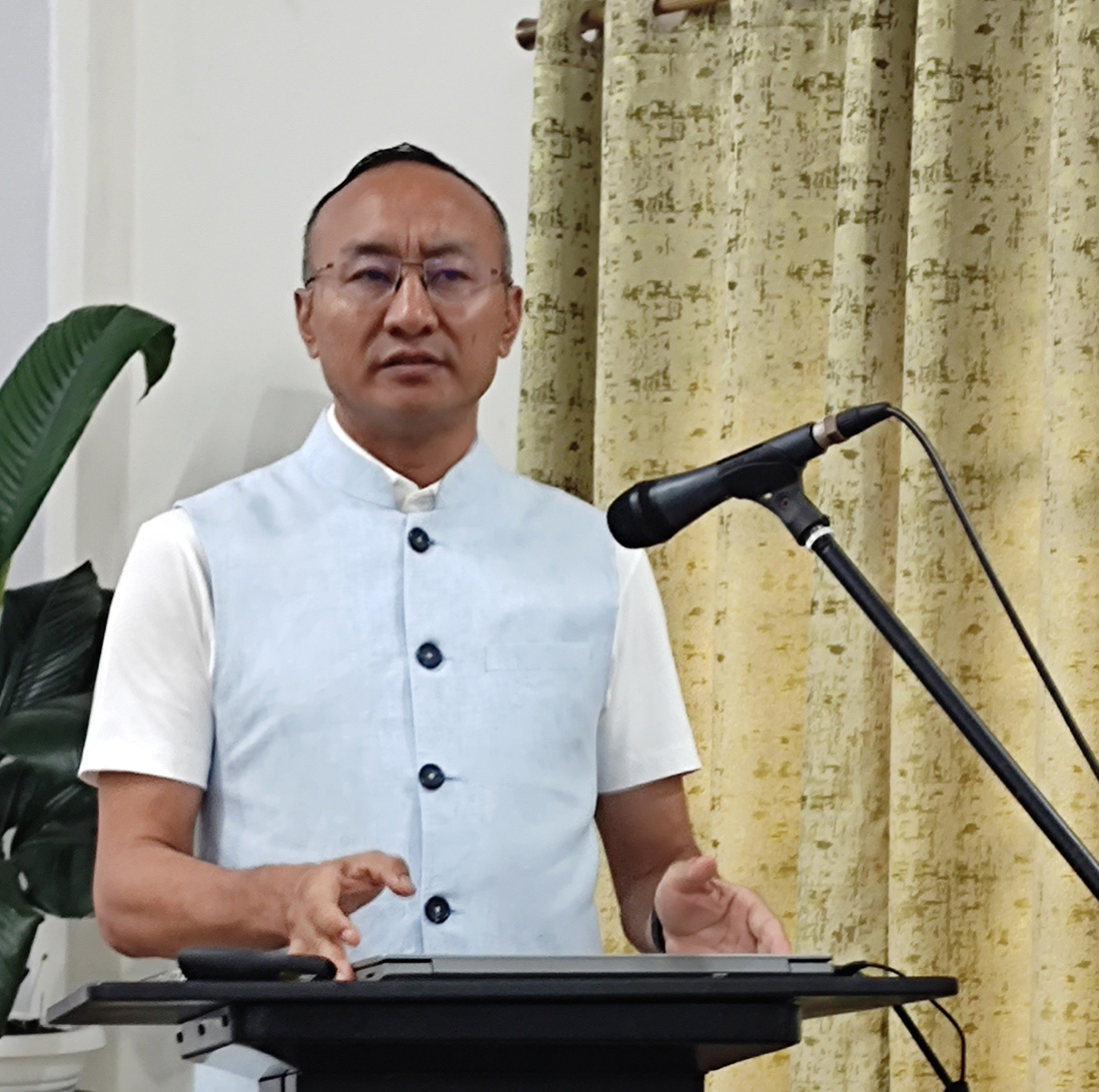 Our reporter
Dimapur, June 28 (EMN): Amid demands from civil society organizations to resume oil exploration in the state, the Adviser for Information and Communication Technology, Science and Technology and New and Renewable Energy, Mmhonlumo Kikon, said Tuesday that the government was adopting a “stable approach” towards him.

He was speaking at a panel discussion on “Oil and Natural Gas Exploration and Production in Nagaland: Its Relevance Today”, organized by Dimapur Government College in collaboration with the Business Association of Nagas (BAN ), within the college.

Kikon asserted that the state government is very clear that the Center cannot challenge the special provision (Section 371 A) of the constitution, but at the same time aware that “until we are financially ready to help, we will not be able to convert the crude oil into a marketable product”.

He claimed that for oil exploration, companies that “have just been formed to explore for oil in Nagaland” should not be allowed “just because they have connections with certain political leaders”.

“We want safe companies to come and in accordance with the law and established rules, therefore the government is taking a very steady approach to resume oil exploration,” he said.

Speaking of the revenue that will come with oil exploration, it will make the state independent in terms of natural resources.

“We will no longer go to Delhi but will generate our own revenue and ensure that our finances are up to par so that we can provide the services expected from the government,” he said. .

Additionally, Kikon emphasized that there is a need for educated leaders; to study article 371 and the modalities for the development of the economy, “because if these modalities are not resolved, the question of oil exploration will remain at a standstill”.

On the oil and natural gas outlook at Naga Hills, he said resources are limited and alternative means are being sought by the Indian government.

Panelist CT Jamir, Senior Solicitor, Gauhati High Court, Kohima Bench shared that Section 371A is sub judice and therefore pending in court. He also argued that there is a need for people to understand the implications of the law, especially how this project couldn’t get started.

He also opined that if the Nagas want to prosper, “we should limit ourselves to two liquids, i.e. the NLTP law should be lifted and the revenue generated from this should be used for the health sectors, roads and education, and the other liquid is oil”.

Panelist Meyabi Arho Niphi, Deputy Managing Director (Administration – Frontier Basin) Oil India Ltd., Duliajan, Assam, shared the importance of exploration and production. He claimed that there is a misconception about drilling among the Nagas, citing that they must first do a seismic survey to locate where oil and fossil fuels are. Eight years is the standard period for the company to complete its exploration program, he said.

“If Nagaland is serious about oil exploration, Nagaland should not consider 5-10 years. You have to understand that this is a process that takes time,” he advised.

V Kashiho Sangtam, Minister of Soil and Water Conservation, Geology and Mines, in his keynote address, said that oil and natural gas are an economically viable resource for the future, and these areas therefore need to be explored to combat Nagaland’s economic challenges.

He further underscored the need for a clear picture of the situation and context and a rapid resumption of oil exploration in Nagaland.