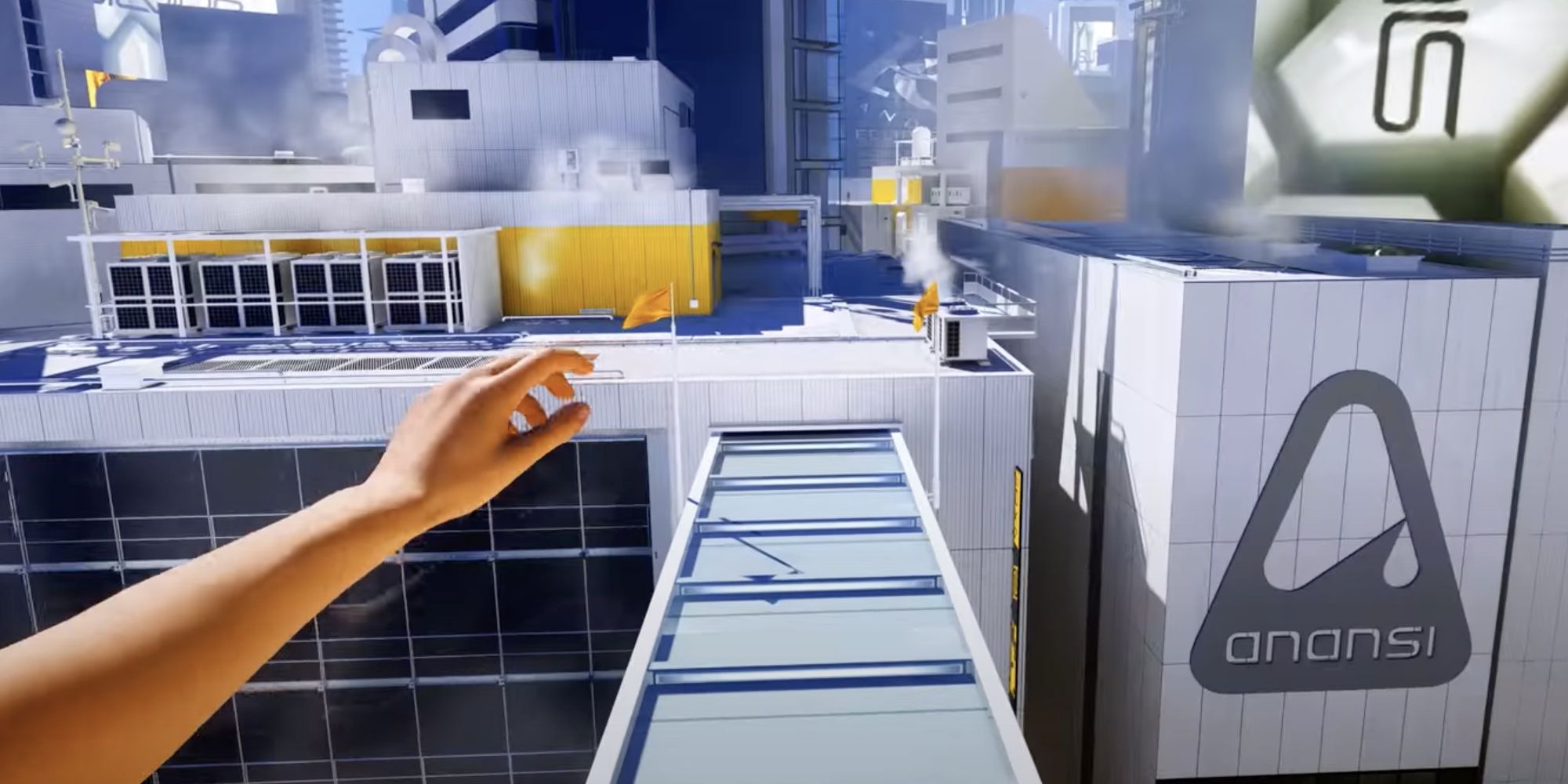 Ledge vaults, wall runs and rooftop jumps – all of these moves can be second nature to seasoned parkour practitioners. Yet it wasn’t until 2008 that these superhuman maneuvers were translated into a little game called Mirror’s Edge, which truly embodied the physicality of such moves. As Faith Connors, you sprinted, jumped, and rolled over walls, rooftops, and concrete, leaving scuff marks in an environment whitewashed with starkly contrasting climbing structures in red and orange. This fixation on movement, coupled with the aesthetics of its pristine, post-dystopian city, turned the game into a cult hit, which inspired other parkour-like titles like Dying Light and Brink. With that success also came Mirror’s Edge: Catalyst, a reboot of the original Mirror’s Edge but with much more clutter: a recycled tale of betrayal, multiple side quests, and a useless skill tree.

GAME VIDEO OF THE DAY

But Mirror’s Edge also had two other less-heard-of spin-offs: a prequel to the game also titled Mirror’s Edge in 2010, released on iOS devices and Windows phones (remember those?), and a browser game 2D web called Mirror’s Edge 2D in 2009. Both games are no longer available to play – Mirror’s Edge Mobile was removed from the App Store a few years ago, and while you can get the app, it doesn’t is not compatible with newer iOS models. And with Adobe Flash gone, Mirror’s Edge 2D has also been lost to time, unless you can find a solution through software called Flashpoint (you can also try this link grabbed by the Internet Archive, though that won’t not working very well).

Like the original Mirror’s Edge, both of these games were also about fluidity of movement, with Faith climbing and somersaulting over skyscrapers through levels. Mirror’s Edge Mobile, in particular, saw Faith traversing rooftops and ziplines in a 2.5D replica of the unnamed city. It’s basically the Mirror’s Edge experience translated to mobile: Faith must avoid various obstacles – usually pipes and coolers highlighted in Mirror’s Edge’s telltale bright red hue – and maintain momentum by jumping over them. or by sliding below. Wall running is also par for the course, and later levels even have Kruger Security henchmen trying to slow you down. It’s a fairly faithful (pun intended) reinterpretation of the original game minus the first-person parkour – and it’s not any easier either, with puzzles and deft moves that beg to be mastered if the player want to complete the levels.

Then there’s Mirror’s Edge 2D, which was markedly different from other iterations. On the one hand, Mirror’s Edge 2D only has three levels, looks a lot more bare bones and uncluttered, perhaps due to technical limitations, while still looking more like a traditional platformer. Faith had to collect floating Mirror’s Edge icons, bags, and folders found on streets and in buildings, and the moves she could perform were also easier. Traversing involved jumping from ledge to ledge, including performing tight wall jumps and wall climbing. Speed ​​and momentum also seemed less important here, even though the game featured a time trial mode, with the focus on completing levels as quickly as possible.

What a shame, then, that both of these games are now largely unavailable to most gamers, unless you’re willing to delve into the murky viscera of game emulation, endowed with some form of technical magic or simply in possession of an old working iOS device or Windows phone. Despite their relative obscurity, these games are still a crucial part of one of the medium’s most overlooked series, an important part of gaming history that shouldn’t have been lost to the ether.

Next: How hard is it to protect dance moves from being stolen as Fortnite emotes?