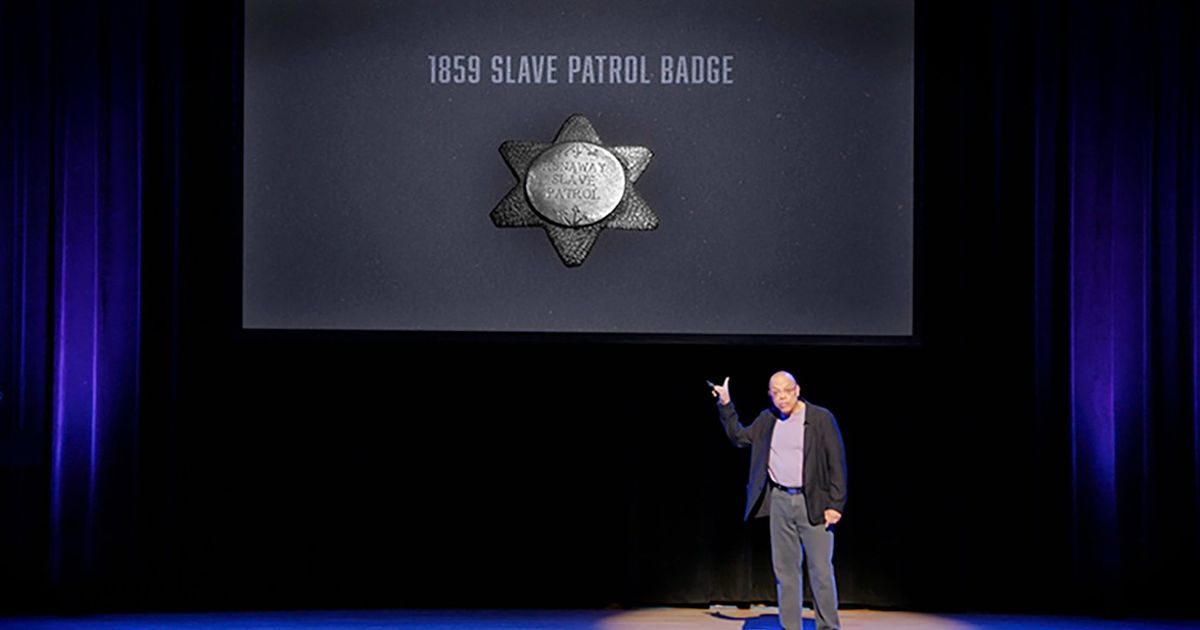 Review: ‘Who We Are,’ a documentary history of racism, holds a mirror up to America

At the top of the excellent documentary “Who We Are: A Chronicle of Racism in America,” we hear a solicitation addressed to a 2018 audience at New York’s Town Hall Theater by the evening’s host, attorney Jeffery Robinson , former Deputy General Counsel of the ACLU. “If you’ve ever owned a slave, please raise your hand.”

And then, when no hands go up, Robinson, who since 2011 has been delivering a version of this lecture – similar to a PowerPoint presentation on racism with audiovisual clips – explains the value of asking what sounds like a rhetorical question but doesn’t is not.

That last phrase reverberates through the film, giving it its title and recurring at times such as when Robinson shows a shot of murdered black teenager Emmett Till’s mangled face. He suggests that Till’s mother’s decision in 1955 to share this gruesome image with the media was in some way like holding up a mirror to America.

“Ignorance is not bliss,” Robinson says at the end of the film, “because it allows false history to thrive.” The proof is in when we watch Robinson rebut the arguments of a white man holding a Confederate flag on the sidewalk as he insists the Civil War was only about economics, not slavery.

Also intercut with footage of Robinson’s stage presentation, in a way that evokes memories of the climate change documentary “An Inconvenient Truth,” are other interviews that take Robinson out of the theater.

He is seen visiting institutions such as Charleston’s Old Slave Mart Museum and the site of the 1947 murder of Elmore Bolling, a black Alabama businessman who was allegedly lynched for having too much success.

The combined impact of these scenes, augmented by Robinson’s lecture – which, while deeply informed and informative, is anything but boring or academic – packs a mighty punch. “Who We Are” follows a rough timeline, from the founding of this country to today.

Along the way, Robinson identifies what he called several tipping points, where it seemed like things were looking up only to turn back: the end of civil war and reconstruction, followed by decades of policies that restricted former slaves; the rise of the civil rights era in the mid-twentieth century (culminating with the assassination of Martin Luther King Jr. in 1968); and the ongoing racial recognition movement that has taken place across America in recent years.

A graphic animation of a shape resembling a rock climbing a hill, as by Sisyphus, then descending again before crossing the summit illustrates his point. But “Who We Are” is ultimately more optimistic than reading about it may seem. Robinson’s quasi-TED Talk is broad and deep, spanning political, legal, cultural, economic, psychological, emotional, moral and, ultimately, also deeply personal history.

Robinson speaks movingly of his upbringing in segregated Memphis, where his family was forced to enlist a white family to buy a house in a good school district on their behalf and then transfer ownership to Robinson’s parents. . He was lucky, he says.

But no one in this country should have to rely solely on luck to thrive. His Who We Are project – of which this film (directed by sisters Emily and Sarah Kunstler, daughters of activist lawyer William Kunstler) is just a part – aims to impart knowledge, or more precisely self-knowledge, to a new generation of boulder pushers. And knowledge, as everyone knows, is power.