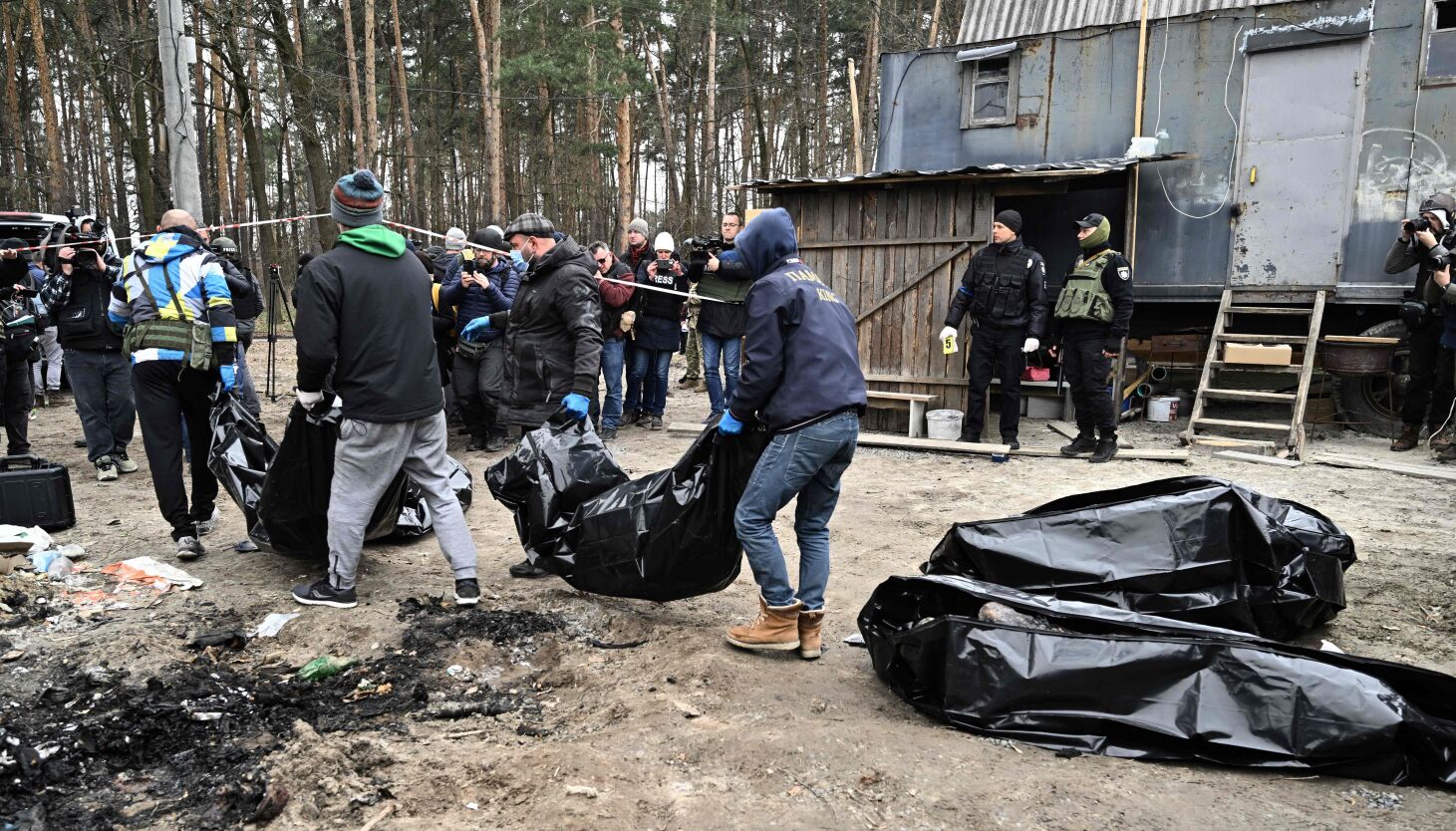 Russian lies about massacred civilians in Ukraine mirror our own

Why are liars so bad at lying?

When the grisly images of atrocities began to emerge from Bucha – mass graves, civilians with their hands tied behind their backs – the Russians immediately responded: it didn’t happen, the accusation itself being another ” provocation” against them. The photos were staged, or, if murders took place – as the presence of hundreds of bodies would seem to imply – then it was Ukrainians shooting their own citizens to make Russians look bad, because the nations do.

The speed of the response was breathtaking. No hesitation, no wavering of false worry, no “Atrocity? God, we’ll have to look into that right away!”

Instead, straight to the wild conspiracy theories.

This should surprise no one. The whole war was born in lies. When their army massed around Ukraine, Russia dismissed the idea that there could be a war as an American fantasy. Once it starts, calling their “special military operation” a “war” could land you in jail.

The Russian approach to truth tells you something, doesn’t it?

The world was once divided between East and West, capitalism and communism, liberals and conservatives. Now it’s between those who navigate the difficult world of fact and those who sprawl in self-constructed pigsties of easy fantasy, rooting themselves around the thick, hot quagmire of self-glorifying falsehood.

Jones, if you recall, insisted that the 2012 massacre at Sandy Hook Elementary did not actually take place, but was a false flag operation, perpetrated by the government to encourage gun control. Jones lashed out at his listeners for harassing grieving parents.

Where does this come from?

People resort to chronic lying when they cannot accept the facts. Twenty school children shot could be a subtle sign that national gun policies are not what they should be. An unacceptable conclusion if guns are your god. Or if you need to imagine yourself being persecuted to feel important. So here is that huge event that could undermine your core beliefs. Of course, you could revise these beliefs. But that takes trust. If that is not possible, if you are your political views, what you are doing is trying to undermine the facts that point to unacceptable ways of thinking.

It’s exactly the same dynamic with Holocaust denial. The Nazis killed 6 million Jews, a crime documented with German efficiency. The Holocaust leads to all sorts of conclusions, from the inevitable end of anti-Semitism, of all racism indeed – you kill what you believe poisons your reality – to the necessity of the State of Israel. If you cannot accept these conclusions, you are waging war on the facts themselves.

Consider the premise behind the Russian denial: our soldiers could not commit these atrocities. It’s almost funny. All war is a mass atrocity, from conception to today. Bombing a building is not a very different moral act from executing a housewife. So of course the people who have the moral vacuum to start this war are the same people who don’t know what their soldiers are doing now that it has started.

Which comes back to our original question. Liars in the political genre are so bad at it because they don’t talk to anyone who doesn’t already believe them. Alex Jones talks to gullible listeners who buy his nutritional supplements. The Russians are talking to their captive citizens, whose factual news outlets have been shut down. They don’t even believe their own lies.

This too is common. Look at Donald Trump’s big lie about the 2020 election. If he and his supporters actually believed what they were saying – that the election was stolen in some ineffable way they couldn’t articulate, let alone prove – so why show up again? Why campaign? Won’t the next election also be stolen in the same mysterious way?

Then again, that’s the kind of critical thinking that this whole lie is supposed to scream. Lies are a weak rag meant to block the radiant truth. The truth they can’t bear to see. The truth to which they have blinded themselves, and would blind everyone, rather than muster the courage to look at the world as it is.