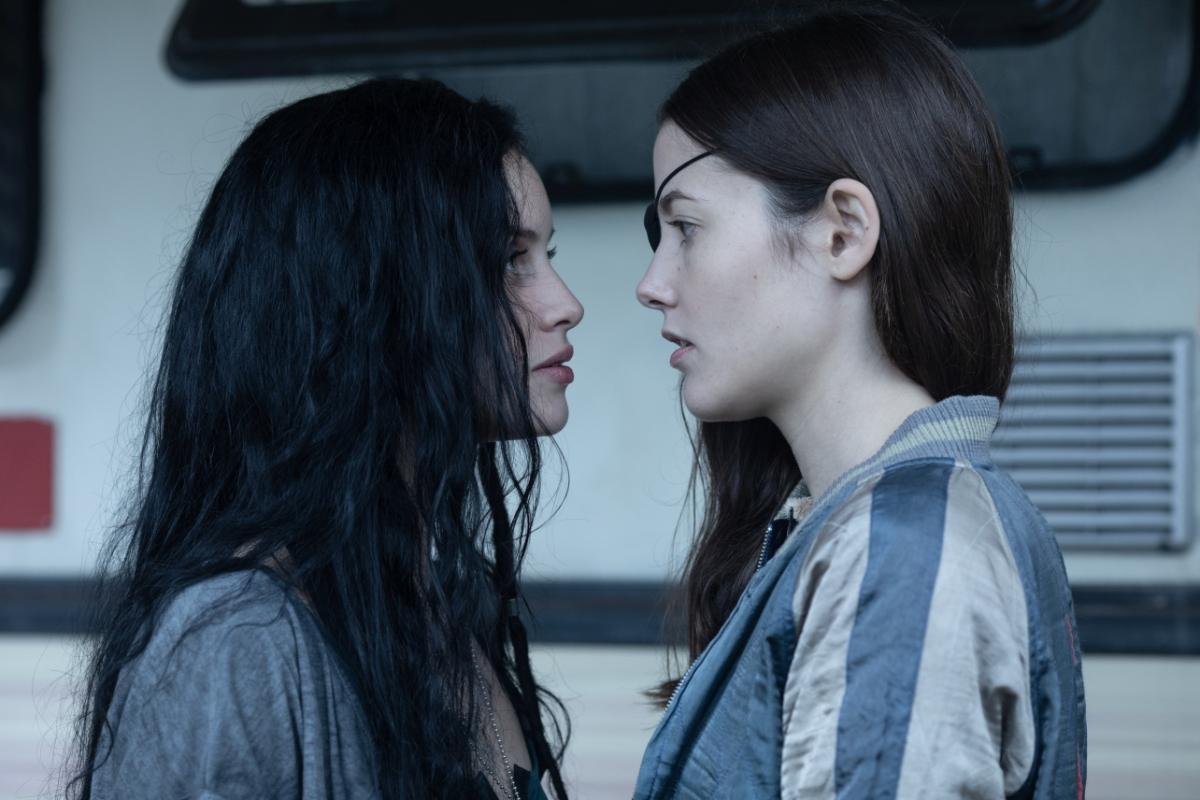 Stream it or skip it?

There are shows that spend their first few episodes feeling bad. We don’t usually see that with genre shows like supernatural thrillers, because there’s a definitive story that needs to be told. But a new Netflix series from Spain challenges that notion, and not in a good way.

Opening shot: A mountain top shrouded in fog. We see a hooded figure standing on a cliff.

The essential: As we descend that cliff, we see the wreckage of a bus at the bottom of the ravine, with a bloodied teenage girl lying there, awake with her eyes open.

Eight hours earlier, a group of high school students is on the last day of a retreat in a seaside resort on this mountain. Alma (Mireia Oriol), still mourns the loss of her friend Lara. Her friend Deva (Claudia Roset) encourages her to come to last night’s party, but Alma leaves when Deva brings up Lara during a game of spinning the bottle. That night, Alma and her friend, hopefully more than friends, Tom (Álex Villazán) search for Deva, and other members of the group also find alcohol-fueled company.

The next morning they left by bus; Deva leaves at the very last second. The bus struggles in the thick fog and stops several times, but when the driver sees a flashing light in the distance, he continues. Then something hits the bus, sending it off the road and down the cliff.

Alma wakes up at the scene but is barely conscious. After several surgeries, she wakes up in a hospital room not knowing who she is and with no memory of the accident. Her classmate Telma (Laura Ubach), who shares the room with her, has a seizure and is transferred to intensive care. His vision is compromised, forcing him to wear a patch over his right eye. Tom, who has lost a leg, goes to her room to let her know that almost everyone in the class didn’t survive, including Deva. Is there one missing.

One of the things that affects Alma are the visions she has while she sleeps, of small rays of light appearing in the room. Her doctor thinks it’s memories of the accident coming back to her, but Alma knows it’s something different. She is also approached by a girl named Nico (Milena Smit) while she was in the hospital; Alma swears she knows the girl, but her father tells her she’s not in his class.

What shows will this remind you of? The girl in the mirror (original title: Alma) has the creepy feel of shows like Paranormal and The Haunting of Hill House.

Our opinion : It is difficult to know if The girl in the mirror tries to be a supernatural thriller or a coming-of-age show. The first episode certainly gives us no answers. It was a bit difficult to get through the first half of the episode, as we saw budding relationships, and Alma and Deva discussing their late friend Lara.

But once the bus descends into the ravine, with gruesome images of people being crushed, impaled and, in one case, decapitated, the show shifts into supernatural mode. It then becomes a bit more interesting, but no more focused than it was before the accident.

The idea is that Alma will slowly but surely recover her memories and then leave to try and figure out what exactly happened, which is where this show is heading, but the extended look at the last night of the retreat still makes us scratch our heads. The only reason we can think of for its inclusion is that the details we haven’t seen will be part of what Alma is gathering. We already see a scene towards the end where Deva comes out of the woods to tell Alma and Tom that what was in a ritual book Lara had is coming true.

But that feels more like a tease than a real, effective method of storytelling. Maybe as the season progresses, the ghosts Alma sees will help her piece things together. But the fact that we’re just as dark as Alma doesn’t sit well with us, because it’s more like creator Sergio G. Sánchez and his writers are deliberately hiding details from us rather than letting the story unfold. stand up. own.

Sex and skin: None in the first episode, although there is a lot of teenage trial and error.

Farewell shot: As Alma waits for surgery for a hemorrhage in her head, she gets a clearer view of the spirit visiting her. And the face of the spirit looks very familiar.

Sleeping Star: No one particularly stands out in this first episode.

The most pilot line: “They couldn’t save my leg,” Tom tells Alma so down to earth it sounds like a disposable detail. Maybe it is. But it was still boring to hear.

Our call: SKIP. The girl in the mirror it just feels like it will be more of a muddled series about teenage relationships than about supernatural forces. Either way, the supposedly creepy moments in the first episode are usually too subtle to generate any kind of reaction.

Joel Keller (@joelkeller) writes about food, entertainment, parenting and technology, but he’s not fooling himself: he’s a TV junkie. His writing has appeared in The New York Times, Slate, Salon, RollingStone.com, VanityFair.comFast Company and elsewhere.