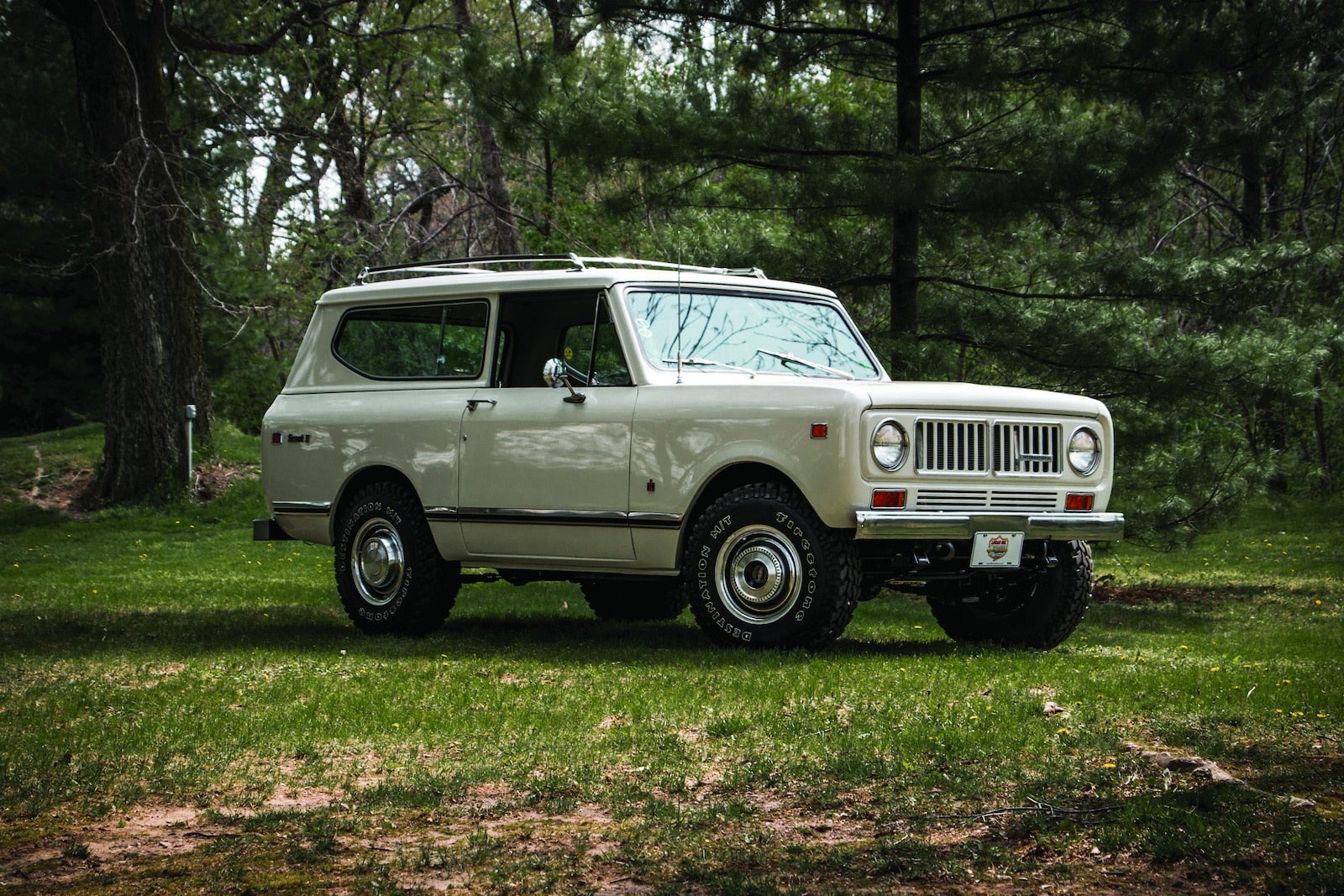 We are in October 1980 in Fort Wayne, Indiana. Autumn sets in as gentle breezes give way to the chill of autumn. That seems fitting, as the latest International Harvester Scout, number 532,674, rolls off the assembly line and 464 workers have joined the ranks of the unemployed.

Low demand killed the Scout after 20 years. When SUVs begin their rise in popularity a few years later, the Scout won’t be one of them – and neither will the International Harvester.

However, by a twist of fate that no one could have foreseen, the Scout returns by 2026 as an all-electric brand built by Volkswagenand his birth, death and resurrection are fascinating.

A company with deep roots

The company’s first motor vehicle arrived five years later. Initially offering both cars and trucks, IHC focused solely on trucks in 1913. The business flourished and, with shrewd management, was able to survive the Great Depression. But IHC turned to the light-duty retail market with the introduction of the 1953 International Travelall to compete with the Chevrolet Suburban. All of this would pave the way for the 1961 International Scout 80, the Jeep CJ’s very first competitor.

A new market for IHC

The Scout originated from the pen of IHC’s chief designer, Ted Ornas, who believed that a small utility vehicle would complement the company’s other light trucks.

The International Scout 80 was not quite a competitor to the Jeep CJ, as it had a three-passenger cabin and a built-in 5-foot bed. Budget restrictions forced the use of traditional body-on-frame construction instead of the plastic composites originally envisioned. It came with an optional Cab Top or wagon-style Travel Top, both of which were removable, as were the doors. The windshield could fold flat, like in the Jeep.

Power came from the company’s 2.5-liter “Comanche” slant-4-cylinder engine, essentially the right bank of IHC’s 5.0-liter V-8. Rated at 93 horsepower, power was sent through a 3-speed manual transmission to the rear wheels or all four.

Still, the Scout was envisioned as a small work vehicle, so it was quite spartan. Snap-on side curtains, sun visors, armrests, seat belts, heater, cigarette lighter, radio, floor mats, turn signals, tow hooks, grille guard, trailer hitch trailer, a snow plow, two fuel tanks and a front-mounted winch were among the options. Roll-up windows would join the list for 1962.

When the heavily facelifted Scout 800 arrived, it featured a car-like aluminum grille and the windshield was no longer bent. The wipers were mounted on the bottom, not the top like on the 80. More importantly, an optional turbocharger was optional on the Scout’s 4-cylinder engine, boosting power to 111 hp.

The competition heats up

To date, the Scout has proven itself, the real competition came in 1966 with the launch of the first SUV, the Ford Bronco. Ford gave it two rows of seats, 6 or 8 cylinder power and noticeably greater comfort. Likewise, Jeep added a V-6 option to the CJ and launched the Jeepster Commando, a more refined SUV variant.

Fortunately, IHC had a new model up its sleeve for 1966: the Scout 800 Sportop. Offered with either a hardtop or a sloping-back fiberglass convertible top, the Scout 800 was a bit plusher and more weather-resistant than previous Scouts, with front bucket seats, rear seats and a new dash. .

But it wasn’t until 1971 that the first total redesign arrived, with the vehicle renamed Scout II.

Sharing its appearance and some underpinnings with International’s line of pickup trucks, it offered equipment not available on previous models, such as power steering, power brakes, air conditioning, an automatic transmission, and a lower, longer body with five additional cubic feet of cargo. space.

The Scout II range underwent only minor changes until 1976 when a long wheelbase Scout appeared as the Terra Pickup or Traveler Wagon while IHC’s other light trucks were abandoned as executives decided to focus on heavy trucks. That same year, Nissan’s 92 hp 3.2-liter diesel engine was a new option. The following year, IHC unveiled the SS-II to more closely align the Scout with the Jeep CJ-5. Aside from a turbo-diesel Nissan in 1980, the Scout Trooper will remain unchanged until its end.

The end of the Scout and the IHC

Behind the scenes, however, things weren’t going well.

The company had a history of difficult labor relations. One of the worst labor disputes in American history, the Haymarket Square Riot broke out in 1886 following a strike at the McCormick Harvester Co. factory in Chicago. Another much less bloody strike broke out on November 1, 1979, causing a 172-day shutdown of IHC factories, crippling the company, which sought bank loans to survive. It was in this context that management decided to stop production of the Scout II in October 1980.

But IHC survived, even as a severe recession and high interest rates impacted the markets it served, including construction, agriculture and heavy vehicles. The company had been heavily indebted since the early 1970s, despite being number two in agricultural equipment ahead of John Deere and America’s leading heavy-duty truck maker. A series of executives tried to fix the company, but it was too late.

In 2021 Traton, Volkswagen’s truck division, acquired Navistar for $3.7 billion, giving VW access to the Scout name, which VW plans to reintroduce on an all-electric SUV by 2026.