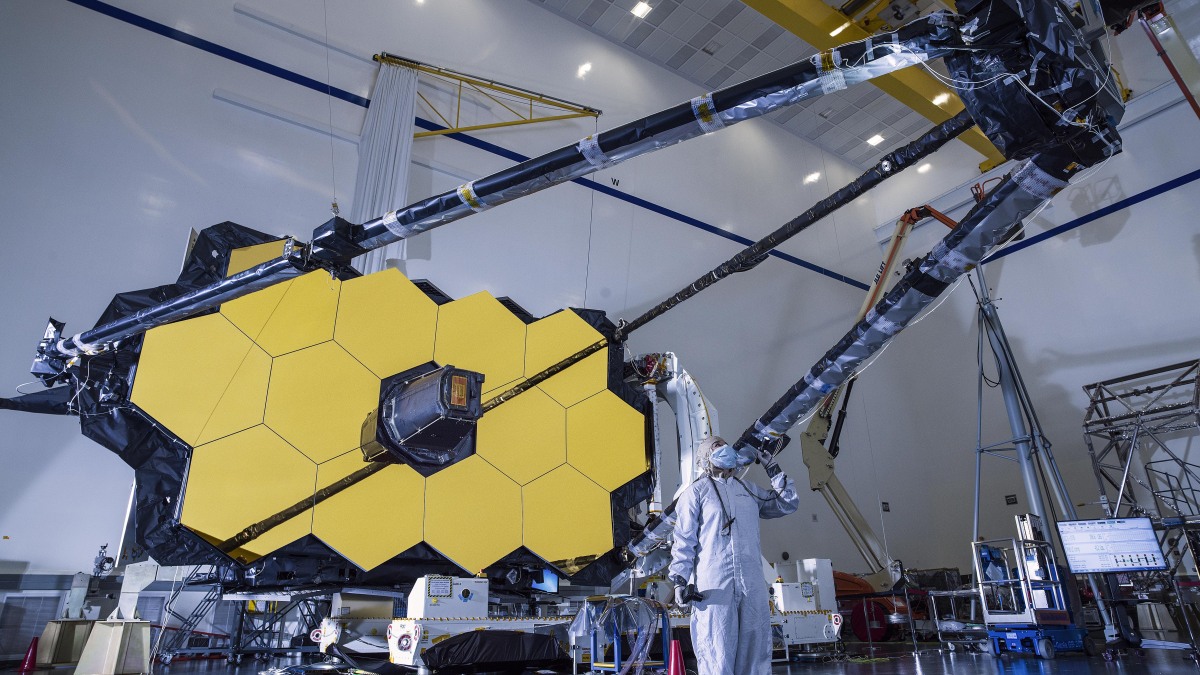 The secondary mirror of the James Webb Telescope deployed. That’s what makes it a telescope.

The James Webb Telescope has a two-stage concave mirror that resembles a golden honeycomb dish.

Wednesday is not what NASA opened.

What he deployed was a much smaller mirror – a round convex piece just 2.4 feet in diameter, roughly that of a car tire. But the Webb team cautions against underestimating its importance. As program manager Bill Oakes said during the live broadcast of the deployment: “We’re about 600,000 miles from Earth, and we actually have a telescope.”

So what’s in the secondary mirror that makes this thing a telescope?

Looking for new photos of the James Webb Telescope? You’ll have to wait.

Without the small mirror to collect and focus the light reflected from the main honeycomb mirror, Webb would not be able to accomplish the science he is meant to accomplish. The second mirror is positioned well in front of the honeycomb and will collect light from the 18 hexagonal honeycomb segments, concentrating them into a beam. The light is concentrated by bouncing off the curved surface of the secondary.

Then, the beam is directed to a third mirror and other so-called “finely directed” mirrors before being channeled to Webb’s scientific instruments. If the secondary mirror – the focusing mechanism – is not in the correct position, no light enters the telescope.

“The beam is shaped and reflected back to the secondary (mirror), which is convex,” said Julie Van Campen, Webb’s assistant commissioning manager.“then he pushes it down through the center of the telescope.

Wednesday’s rollout involved a large tripod with 25ft long legs extending from the main mirror, holding the smaller mirror in front of it. (The video above shows the maneuver being demonstrated during a ground test.)

Webb is a telescope now. If all goes well, it will be a much bigger telescope by the end of the week.

Related video: How the mighty Webb telescope will peer 13 billion years in time